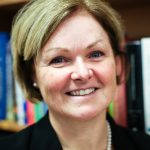 Chair, Department of Anaesthesia, U of T

Her research and leadership contributions have been recognized by the Gold Medal from the Canadian Anesthesiologists’ Society (2017), the first Frontiers in Anesthesia Research Award from the International Anesthesia Research Society (1995), the first Canada Research Chair awarded to an anesthesiologist (2003) and recognition awards from the Australian and New Zealand College of Anaesthetists, the Association of Anaesthetists of Great Britain and Ireland and the Peter Dresel Award in Pharmacology from Dalhousie University (2017). She was inducted as a Fellow of the Canadian Academy of Health Sciences in 2013.